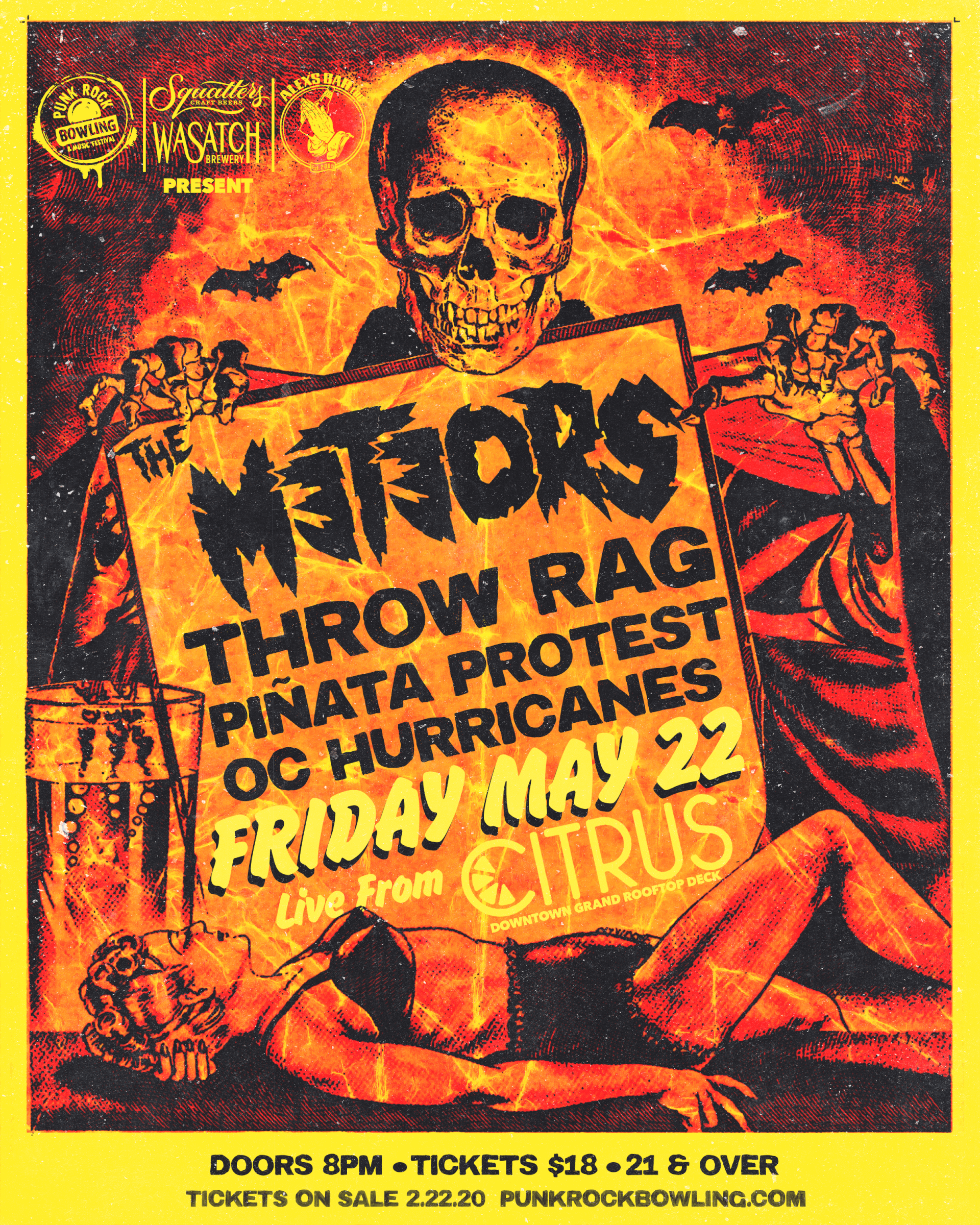 The true Pioneers of psychobilly, straight from the streets of London, The Meteors are making their Punk Rock Bowling debut! There’s just something about the way they fuse the perfect mix of punk rock, rockabilly and horror-pop themes which must be the reason they are still going as strong as ever!

Space Hump Me!! Throw Rags’ The Captain, Mr. Handsome, Mr. New Rome Emperor, and The Urban Commando are sailing eastbound from the Desert Shores of Salton Sea to PRB!

Accordion powered Tex-Mex punk rock band from San Antonio, Tejas, Piñata Protest are coming back to PRB! Warning! Their live shows have been known to ignite crowds to mosh, skank, and twirl their dance partners around all in one set.

The OC Hurricanes put on one hell of a live show, just as their name suggest. A sound storm of contagious energy coming from their loud garage soul stomping beats and wild performance you just can’t stop watching.