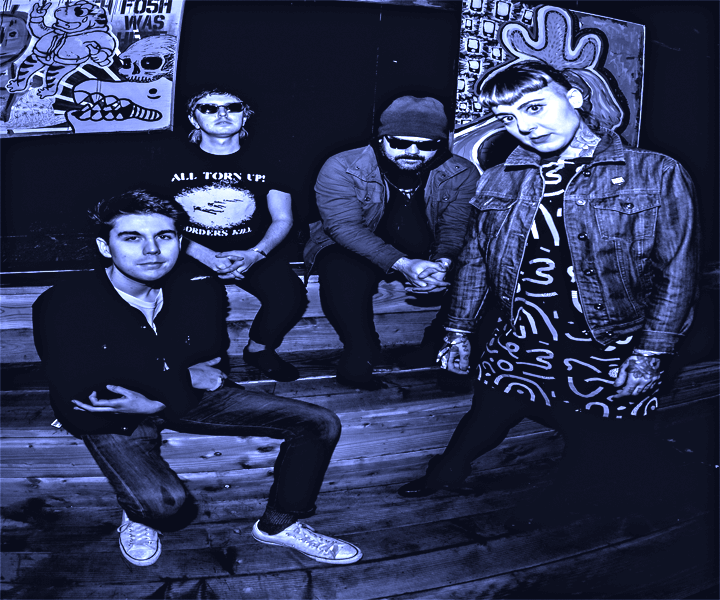 Neighborhood Brats is a California punk band formed in December 2010 by vocalist Jenny Angelillo, and guitarist George Rager. Originally based in San Francisco, Angelillo and Rager, the band’s principal songwriters, relocated frequently around northern and southern California during the band’s formative years.

In Fall 2013, with positive reviews of early EPs, live shows and successful regional tours, the band attracted enough attention to tour Europe. DIY punk touring, with many shows at youth centers, squats, house projects and other impromptu venues, became a mainstay for the band’s road activity.

In 2014, the band recorded their first official LP, Recovery. Production of Recovery was a difficult process; Angelillo and Rager were both dealing with separate personal issues while sharing a tiny apartment in Long Beach, CA. Rehearsals were limited to three short sessions, and recording sessions were sandwiched between multiple tours.

The financial reality of punk touring, lack of promotional support, lineup changes, and pressing plant delays proved to be a challenge for Rager, who handled a majority of the band’s business at the time. By January 2015, a US tour had been canceled, and Angelillo had moved back to the San Francisco Bay Area. In the aftermath, a 6 month hiatus occurred (Rager’s initial decision to end the band was short-lived).

Neighborhood Brats returned to touring in 2016 with dates in the US, Canada and Europe. In 2017, Angelillo and Rager began preparing to record what would become the band’s second LP, Claw Marks. In 2018, with a road-ready lineup established, the band was able to begin touring on a semi full-time basis.